Lynn Frey has been the Director of Music/Choirmaster/Organist of St. Sebastian Parish since Aug. 2005. She holds her Master’s Degree in Organ Performance from the University of Akron as well as the Colleague Certificate (CAGO) from the American Guild of Organists (AGO). Lynn began playing the organ at the age of 8 and began playing in churches at the age of 10. She is an active member and currently serves as Sub Dean for the Akron AGO Chapter. Lynn has been a member of the AGO since undergraduate school in the mid to late 70’s until present She has also served as Dean for the Canton Chapter in the past. She is also an active member of the NPM (National Pastoral Musician Association) and has served as a leader in the preparation and execution of a National Convention in Cleveland for the organization. Lynn is an active recitalist and has performed throughout Northeast Ohio, New York and Canada either as a soloist or accompanist. She resides in North Canton with her husband, Timothy. 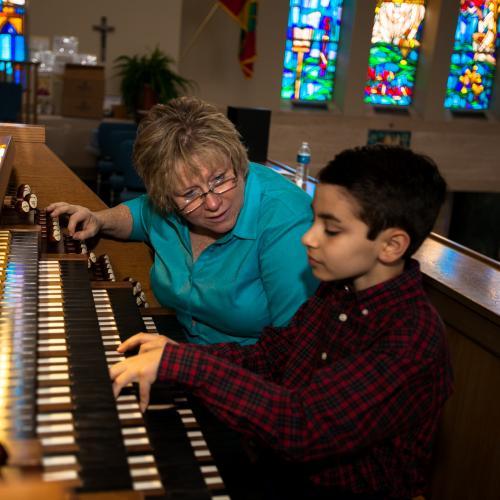