Rev. John A. Valencheck, ordained in 1998, is a native of Barberton, Ohio, the son of William and Frances Valencheck, both deceased. He has two sisters, one of whom recently relocated to Barberton to help care for their father. The family belonged to Sacred Heart Parish in Barberton, where Fr. Valencheck's vocation was nurtured under the positive influence of long-time pastor Fr. Joseph Ozimek.

Prior to entering St. Mary's Seminary, Fr. Valencheck was educated at the University of Akron, and received a degree in theater arts. He worked as a director, designer, and in set construction, lighting design, as prop master and sometime actor. Proud of his Slovenian heritage, parishioners attending St. Sebastian's 80th anniversary luncheon also discovered he plays the accordion.

Following his six years of seminary study (during which he met Fr. Karg in an assignment at St. Henry) he first served as parochial vicar at St. Ambrose under the pastorate of Fr. Robert Hilkert. During this seven-year assignment, he met Fr. Robert Jackson who was there as well. More recently, Fr. Valencheck served for three years at St. Clare. In all of his assignments, Fr. Valencheck's favorite aspect has been the good people who have surrounded him, who love God and are serious about their faith. He became a priest because he has a strong desire to preach the Word of God, to bring something positive into the world. He wants to make people stop and think.

Fr. Valencheck has been busy meeting with different parish groups. He encourages better communication between parishioners and with him. He welcomes email, ValencheckF@StSebastian.org but only for official parish business or fodder for his blog, Adam's Ale, which can be viewed at http://clevelandpriest.blogspot.com. Fr. Valencheck's blog started about a year and a half ago under the guidance and encouragement of veteran blogger Dawn Eden, who wrote "The Thrill of the Chaste."

His goal for St. Sebastian is to have everything centered on the Eucharist. Fr. Valencheck believes it is the source and summit of our lives and everything we do must radiate from it and return to it as our offering. When that relationship is healthy, the rest of what we do will be healthy. Fr. Valencheck encourages us to make our homes places where God is welcomed and praised, because that is where religion is primarily taught and where the faith is carried on. We must practice daily what we celebrate on Sunday. Meetings, programs, initiatives, and activities help build our faith if we begin as individuals choosing to be holy. 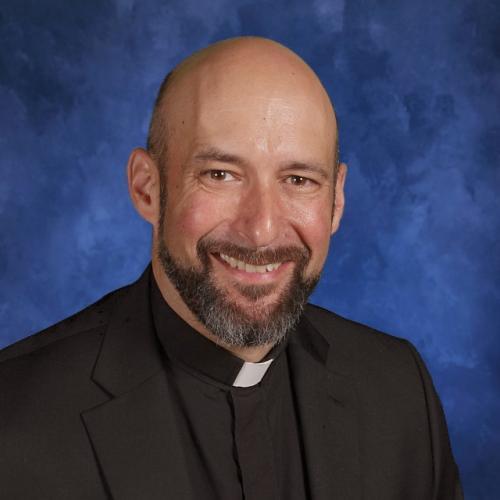